For most people, daylight saving is an inconvenience. For some, it could be a question of life and death.

Researchers from the University of Turku in Finland looked at 10 years of data concerning stroke-related hospitalizations and in-hospital deaths. What they found: The likelihood of one type of stroke was 8 percent higher in the two days after daylight saving transitions than in the period starting two weeks before and ending two weeks after the time change. Cancer patients were 25 percent more likely to have a stroke, and people over 65 saw a 20 percent increase in their risk of strokes after the time change. But the spike may be short lived, as stroke deaths in hospitals didn't go up overall in the week after daylight saving.

Previous research has shown that the circadian rhythms that manage when we sleep and when we're awake correlate to the likelihood of some kind of stroke. One analysis of 31 studies found that the risk dips during the night and then peaks between 6 a.m. and noon. Rotating night-shift work, which upsets daily patterns, has also been linked to an elevated risk of strokes.

The Finnish research focuses on ischemic stroke, a particular type that occurs when a clot blocks a blood vessel to the brain. It accounts for 87 percent of all stroke cases, according to the American Stroke Association. The team will present its findings at the American Academy of Neurology Annual Meeting in Vancouver in April.

"Our results add to the knowledge of sleep disturbance as a risk factor of stroke," said lead author Jori Ruuskanen, who hopes that further research on the subject could uncover ways to reduce the risk around time changes.

He also cautioned against worrying too much about the results. "From an individual point of view, this small increase in stroke risk we see at a population level is probably not a major issue," he said. "It maybe means that any extra strokes occurring following daylight saving time changes would otherwise have occurred some time later."

Now that I have an infant, I no longer take a good night's sleep for granted. For some individuals, getting decent sleep is a problem that needs to be addressed. When a patient has a hard time falling asleep, in many cases, an increased cortisol is to blame. In contrast, when a patient has a hard time staying asleep, this tends to be a low blood sugar issue, better known as hypoglycemia. Another common sleep disruption is electromagnetic fields (EMF), as they inhibit melatonin production from the pineal gland. In the age of WiFi, cell phone towers, and all these new electronic devices, it may be hard to get around this electrical pollution. Are you doing everything possible to ensure a good nights rest? 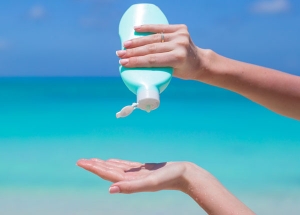